VITAMIN D - Are you deficient in vitamin D? 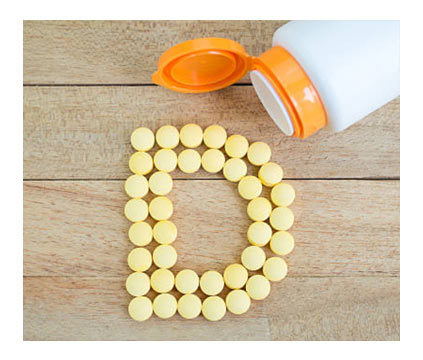 It has been estimated by some experts that the majority of the population in North America is deficient in vitamin D. First of all, most of us don’t get nearly enough sun. Exposure to sunlight, especially in colder seasons is minimal and very few foods contain optimal vitamin D. Vitamin D deficiency is considered to be a risk factor in numerous chronic diseases, including cardiovascular disease and cancer. Vitamin D also plays a key role in countless functions related to health and athletic performance. Here are some of the most important reasons why just about every athlete should consider supplementing with vitamin D.

1. Muscle Strength
Science has shown that a lack of vitamin D leads to muscle weakness, specifically abnormal function in the way muscles contract and relax. In 2013, a large-scale study of over 400 healthy men and women between the ages of 20-76 concluded that vitamin D was significantly associated with arm and leg muscle strength. Key takeaway: If you really want to be a Strong Athlete, you must get optimal levels of vitamin D.

3. Athletic Performance
Vitamin D supplementation has been shown to increase muscle protein synthesis, ATP concentration (ATP is your primary fuel source for high-intensity activity), jump height, jump power, and exercise capacity. Basically if you want to be a better athlete, make sure you are taking enough vitamin D!

4. Preventing Symptoms of Diabetes
Clinical research on vitamin D supplementation shows that it can increase insulin sensitivity (good), and help regulate blood sugar. A study published in the British Journal of Nutrition showed that pre-diabetic women who supplemented with 4000 IU of vitamin D per day reduced insulin resistance and lowered their risk of diabetes.

5. Preventing Obesity
Although obesity is primarily associated with lifestyle (diet/exercise) factors and genetics, new research now suggests that vitamin D deficiency may also play a role in the development of obesity. A lack of vitamin D is correlated with higher levels of intra cellular calcium, which trigger metabolic pathways that can increase fat tissue and prevent fat burning. Along with a healthy diet and regular strength & conditioning program, vitamin D supplementation can help to prevent obesity and optimize body composition

6. Brain Health
Vitamin D deficiency is also associated with impairment of brain function, specifically cognitive tasks like reasoning, perception and memory. The risk increases significantly as we age. For optimal brain health, make sure you supplement with vitamin D